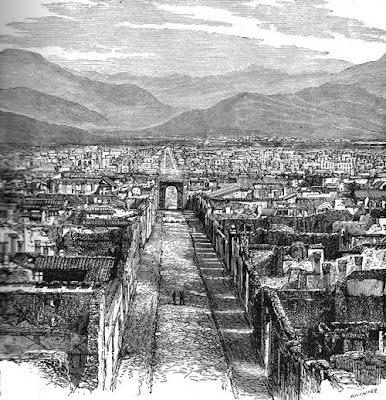 How many times can I play this solo? This is a question that comes up often. The simplest answer is: until you stop having fun.

Maximizing replay value and keeping the adventure fun after several runs can be difficult when designing solo adventures. If there is a specific quest to be completed, one could argue that the solo could not be played again once the objective has been achieved. After all, how many times will that foolish nobleman's son get kidnapped by the goblin raiding party?

In some cases, it may be a while before the quest is completed. In Sword for Hire, the wizard Mongo hires warriors to enter his basement, explore it's corridors and chambers, find an exit, and provide him with a map. Obviously Mongo will keep hiring warriors until someone finally makes it out alive with a map. Even then, that map would likely not be complete so he would need to hire more warriors to fill in the missing parts. This is an excellent example of a simple quest that can be undertaken by many characters, one after another even after the quest has been completed.

Here are some ways I've considered to increase the replay value of a solo adventure:

1) Provide a lot of choices. If you only give a very limited number of choices in the adventure, a good player will quickly exhaust them all after only a few runs. If you provide many options even if the player has successfully completed the adventure there may still be oddities to investigate, monsters to fight, and treasure to steal in rooms that have already been explored. This is a topic I discussed in detail in my previous post.

2) Add randomness. This is another topic I have previously discussed. Random elements ensure that not every adventure will be exactly the same. This could be as simple as including multiple possibilities for the contents of chests, desks, and cabinets. It could also be as complex as making the contents of each room random. Each time you open a door you roll a die to see what is beyond. This technique is best used in Ken St. Andre's Khosht solo. This is a Gristlegrim in miniature where you are magically teleported from room to room. Where you end up depends on a die roll. This mechanic ensures that each adventure will be at least somewhat different.

3) Include multiple endings. Sure, there are always many ways to lose in a solo adventure. You could meet your end in combat, fall victim to a trap, or even become a captive. But most solo adventures include only a single successful ending. The inclusion of multiple avenues to varying degrees of victory is a sure way to keep the interest of players over the long haul. Perhaps your quest was to find the location of a goblin camp, kill their leader, and rescue a wealthy merchant that they captured. A character may complete one, two, or all three of these tasks to complete the adventure. Perhaps you found the camp, but were unable to sneak in to find the leader and his prisoner. You can still report back to the locate magistrate with the location of the camp. Or, maybe you found the camp and killed the leader but the rest of the goblins escaped with the prisoner.

You could also include multiple quests to be completed for different individuals in the same location. A great example of this is the Fighting Fantasy book Scorpion Swamp by Steve Jackson and Ian Livingstone. In this adventure, the player can choose to undertake a quest from a good wizard, an evil wizard, or a neutral merchant. If your character manages to complete one quest, you can always go back and try another.

4) Sheer size. This is perhaps the simplest way to increase replay value. A large, sprawling adventure takes time to explore completely. This can consist of a ruined castle with fifty chambers or even an entire city. Along with this 'megadungeon' theme, you could include the possibility of the character leaving and returning later to continue his/her exploration. This type of design also works well with adventures focused purely on exploration and looting rather than the completion of a quest. A good example of this is the 316 paragraph Castle Death by Andy Holmes. Yes all delvers like to do good deeds every now and again, but we still have to pay the bills. With lots of room and even levels to investigate there will be no shortage of new discoveries for different (or even the same) characters.

Of course all of these methods require a great deal of creativity from the author. They will also result in long adventures consisting of 100s of paragraphs. But I feel the end result will be worth the effort. In the end, however, you must remember that the ultimate limit on replay value is when the player stops having fun.
Posted by Dan at 8:16 PM